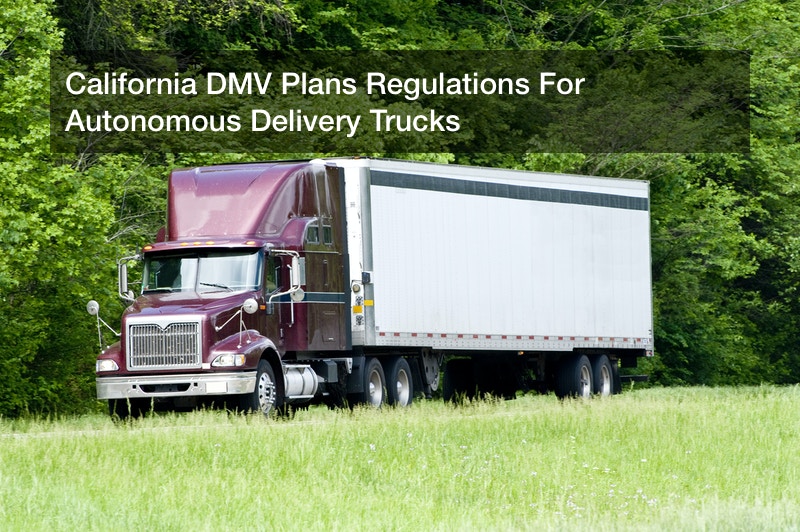 The California Department of Motor Vehicles has announced a new set of regulations that will allow companies to test and deploy light-duty autonomous delivery vehicles on public roads. This is a major victory for some of the state’s biggest tech companies including Tesla and Waymo.

The California DMV’s proposed regulations will allow companies to test autonomous delivery vehicles that are under 10,001 pounds with an approved permit from the DMV. This qualifies Class 1 and Class 2 vehicles, which include utility vans, pickup trucks, minivans, and step vans.

However, the proposed regulations do have a catch. When the vehicles are used for deliveries, they’re not allowed to charge a delivery fee.

In a statement, the California DMV said the light-duty trucks that are allowed to be tested on the road are designed and used primarily to transport property. Approximately 12 million trucks, rail cars, locomotives, and vessels are used to move goods across the transportation network.

“[Small self-driving delivery trucks fit] a business model that the Department of Motor Vehicles has observed gaining momentum,” said the California DMV. “Due to the current restrictions on testing and deployment, some manufacturers interested in developing autonomous motor-trucks have been forced to move their testing operations to other states.”

There are 62 companies that currently have permits to test autonomous vehicles with a safety driver on California’s public roadways. Only Waymo has received a permit for autonomous testing without a driver.

Public opinion about self-driving vehicles is still skeptical. Up to 63% of drivers say they wouldn’t feel safe riding in an autonomous vehicle and 60% of American aren’t comfortable with self-driving cars being on the road at all. Considering over one-third of U.S. roads are in poor condition, it’s understandable that many people feel autonomous vehicles can’t handle these treks.

Self-driving delivery trucks and commercial vehicles may have a brighter future. Analysts predict that 85% of last-mile deliveries could be made with semi or completely autonomous vehicles by 2025. This could be a major breakthrough for the trucking industry, which has been struggling with low employment rates for years.

Several companies including Waymo, Tesla, Volvo, and Uber have been pursuing autonomous trucking. However, the use of completely autonomous trucks is still years away. “To get totally driverless, in terms of on-highway, we don’t see that as extremely likely to be adopted or allowed by 2040,” said Matt Trentacosta, an analyst with IHS Markit.