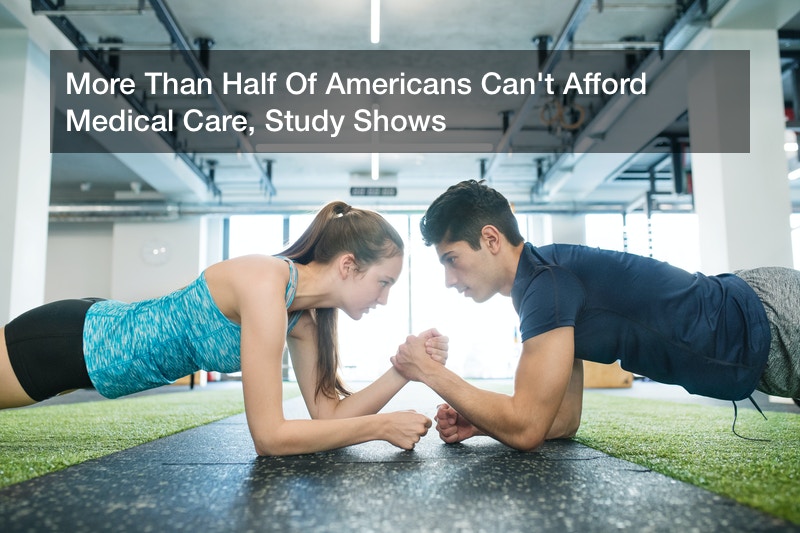 Approximately 10% of Americans with children under the age of 18 have also delayed care for their dependent child due to financial issues. About 10% of American kids received mental health care of some kind in 2016, which means many kids are likely going without care as well. This can be especially problematic considering the average school-aged child already receives only 9.5 hours of sleep rather than the recommended 10 to 11 hours.

Lack of sleep can raise a child’s stress levels and lower their immune strength, which is its own danger as the average person carries 3,200 bacteria on their hands.

The U.S. is the world’s largest medical device market, with a market value of $140 billion. The top three types of care that have been delayed the most include dental work, eye care, and annual exams. In 2015 alone, up to 30% of U.S. adults reported that their teeth were in fair or poor condition. Yet, in the last 12 months, up to 55% of U.S. adults have put off dental or orthodontic work.

Another 43% of survey respondents put off eye care appointments and 30% said they put off an annual exam.

Analysts at Earnin say they although delaying your annual physical may not be a problem if you’re healthy, it can be costly to delay dental care. Emergency dental room visits cost Americans up to $1.9 billion in 2017, according to the Agency for Healthcare Research and Quality.

“The lack of an emergency fund can put you in a bind,” Earnin says, “and when you have to choose between your health and spending money, the decision can have substantial long-term negative benefits.”

However, the problem isn’t that Americans are being forced to choose between health and spending money, but rather health and living costs. Less than 40% of Americans have enough money to cover a $1,000 emergency and many struggle just to make ends meet.

Earnin reports that middle-class incomes have shrunk in all but two states and that student loan debt, credit card debt, and personal loans continue to grow. In fact, healthcare has become so expensive that many Americans wait to receive medical treatment until they receive a tax refund.

A recent study by JPMorgan Chase and Company found that there’s a dramatic link between tax refunds and healthcare spending. The study shows that consumers’ out-of-pocket spending increased by 60% in the week following their tax refund.

“[Consumers’] spending on healthcare was significantly affected by cash-flow dynamics,” the study said.

That said, 49% of Americans say other financial obligations such as utility and rent payments take precedence over their health. This is a major problem for the U.S., which spent 7% more of its gross domestic product on healthcare in 2016 compared to other countries. These numbers, experts say, aren’t so good.