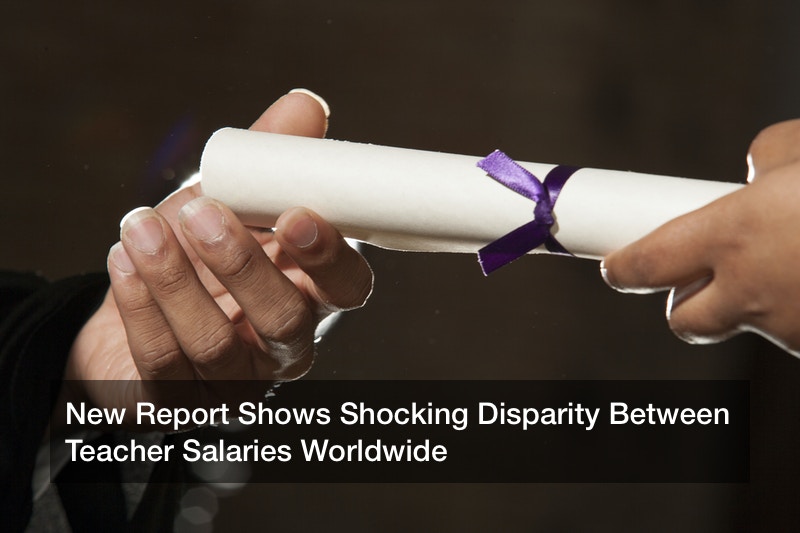 A new global report has been released comparing high school teacher salaries around the world, and some countries are putting the United States to shame.

The Organization for Economic Cooperation and Development (OECD) has released data on the average wage for a public school teacher. These numbers are important clues to the economic sustainability of a country, as half the public school workforce is made up of teachers, with the other half being guidance counselors, nurses, and other trained professionals such as speech therapists.

OECD has divided their findings into two categories, the top 10 best-paid countries and the 10 worst-paid countries. According to Business Insider, the highest paid country is Luxembourg, boasting a starting average salary of $79,000 U.S. dollars, with the peak salary for a veteran teacher being an incredible $137,000. The lowest paid country, in all categories, is the Czech Republic, where teachers earn around $20,000.

When translated into U.S. dollars, the report did show a disparity compared to our nation’s teacher incomes. The majority of the salaries, even in the top 10 best-paid countries, fall short of the typical new American teacher, who makes $44,000 starting out.

Interestingly, the study also took a look at how each country pays their employees based on their gender. Luxembourg again came up on top and paid every teacher equally regardless of their gender. The United States paid their male teachers about $3,000 more than females, yet teachers in the lower-paid countries don’t see much of a gender gap.

Even with this study in mind, it is important to realize that not every state in the U.S. pays their teachers the same. Personal finance group GoBankingRates has also released a report on how each state pays their teachers, with Alaska and New York coming in at the top with annual salaries of $77,843 and $76,593 respectively. On the other side of the scale, Mississippi and Oklahoma teachers get paid almost half of Alaska and New York educators — Mississippi teachers can expect to be paid $42,043 at the peak of their careers, and Oklahoma teachers $42,647.

To get these numbers, analysts at GoBankingRates consulted the Bureau of Labor and Statistics and then averaged the mean salaries of elementary, middle, and high school teachers to get the average salary rate.