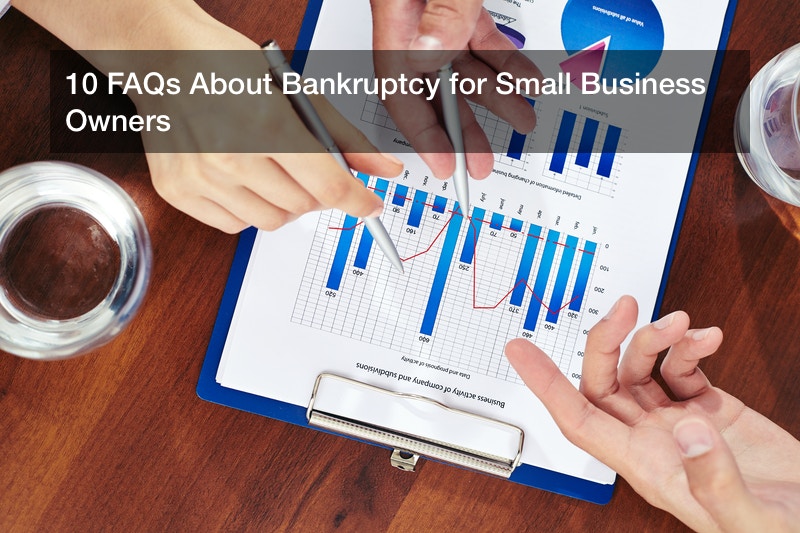 Bankruptcy is a scary word. However, bankruptcy laws were created to provide debtors and creditors with an orderly way to resolve debts. It is invoked when a debtor’s assets and revenue are insufficient to service its debt. Bankruptcy can be filed voluntarily by a debtor, or involuntarily by its creditors.

In either case, bankruptcy is intended as a way to provide certainty to debtors and creditors. Creditors are given an opportunity to establish the basis of their claim to payment, and debtors work out a plan to pay off debts in exchange for legal protection from collection agencies, lawsuits, and foreclosures.

Bankruptcies in the U.S. increased to 25,227 companies in the second quarter of 2016, from 24,797 companies in the first quarter of 2016. With the global pandemic and economic downturn creating dire conditions for many businesses, bankruptcy for small business owners and large corporations is becoming a looming possibility. In fact, bankruptcy filings appear to be accelerating in 2020. Thus, understanding bankruptcy for small business owners will be critically important as the economic slowdown drags on through 2020.

Here are ten FAQs about bankruptcy for small business owners:

What Is a Bankruptcy Court?

Bankruptcy is a legal process in which any individual or business can resolve their debts. While the process is legally binding on debtors and creditors, it does not take place in an ordinary court. Rather, bankruptcy proceedings are specialized proceedings that are presided over by a bankruptcy judge in bankruptcy court.

Chapter 11 and 13 have different eligibility requirements. Chapter 13 is available to individuals and sole proprietorships. Chapter 11 is open to all individuals and businesses. As a result, chapter 11 reorganization is the proceeding used for bankruptcy for small business owners as well as large corporations. Because the eligibility requirements and protections vary between chapter 11 and chapter 13, you should discuss both options with lawyers before deciding which form of bankruptcy to file.

While in reorganization, debtors create a plan to restructure its debt. The reorganization plan proposes an adjustment to payment amounts and timing so that the debtor can remain in business and still pay its creditors. Under most reorganization plans creditors will wait longer to be re-paid and may only receive a fraction of the debt owed.

If the creditors are dissatisfied with the reorganization plan, they have three options:

Reorganization is usually a good option for businesses that have good long term prospects but have hit short term problems. For example, the coronavirus pandemic and stay-at-home orders have prevented all restaurants, even if they are wildly successful, to shut down or curtail its operations. Bankruptcy for small business owners like successful restaurateurs may work out better as a reorganization than a liquidation since the restaurant will recover post-pandemic.

Liquidation, also known as a chapter 7 bankruptcy, is a process for shutting down a business, selling off the business’s assets, and paying creditors. Generally speaking, chapter 7 is not a commonly used form of bankruptcy for small business owners who have prospects of a business recovery. If the business has reasonable prospects for recovery, a chapter 11 reorganization is a better option.

Some debts are not dischargeable in bankruptcy. Examples of these debts include:

During a bankruptcy for small business owners, a trustee is appointed to oversee the sale of assets. However, not all business assets can be liquidated during bankruptcy. This means that even after the bankruptcy is completed and your business’s debts are discharged, you may be entitled to keep some of your business’s assets. These might include:

Can I File My Business’s Bankruptcy?

Individuals and sole proprietorships can file bankruptcy petitions without a lawyer, or pro se. However, small businesses structured as partnerships, corporation, or limited liability companies (LLCs) are prohibited under the Federal Rules of Bankruptcy Procedure from filing without a bankruptcy law attorney.

However, every bankruptcy for small business owners could proceed more smoothly with the help of a bankruptcy lawyer. Among the benefits are:

Can a Business Bankruptcy Affect Me Personally?

The circumstances in which a business bankruptcy can affect your personally include:

Can a Personal Bankruptcy Affect My Business?

Looking at the reverse situation, filing a personal bankruptcy can have a major impact on your business. Whether your business is a sole proprietorship, corporation, LLC, LLP, or PC, you could end up losing ownership of your business if you file for bankruptcy.

Specifically, your ownership interest or corporate shares are a personal asset. As such, it might be available to the trustee to sell to satisfy creditors. This is an important factor to consider since a personal bankruptcy might end up with a competitor buying your share of your business during your personal bankruptcy.

Some businesses are organized so that the other shareholders or owners are allowed preferential treatment in buying your ownership share in bankruptcy. For example, the partners of an insurance agency might structure the agency so any partner who declares bankruptcy can be bought out by the remaining partners. Thus, even though you might be forcibly bought out during a personal bankruptcy, your partners may be able to prevent a competitor from taking over your share and ruining your business.

What Are the Alternatives to Bankruptcy?

Some options you might have for buying time from bill collectors could include selling business assets to catch up on bills. While used equipment might not have enormous value, a pawn shop might be willing to buy equipment easily resold like photocopiers or computers.

Another option might be to raise money by taking on investors. Specifically, any small business on the verge of bankruptcy might be unable to take on additional debt. However, you might be able to raise capital by selling part of your business to additional investors.

A round of private placement can be coordinated by broker dealers who are trained in investment banking.

How Long Will Bankruptcy Stay on My Credit Report?

A reorganization bankruptcy for small business owners will result in negative credit reports for seven years. This can seriously hamper a business’s ability to secure working capital since it may prevent the business from obtaining credit cards, revolving lines of credit, or even store credit to buy a new air conditioner from an air conditioning services provider.

A liquidation bankruptcy for small business owners will result in negative credit reports for up to ten years. However, since a business ceases operation after a liquidation, the effects of this negative reporting will be minimal or non-existent.

How Can a Business Cope With Negative Credit Reporting for Seven Years?

Businesses that have bad credit will need to look to non-traditional forms of credit. For example, hard money loans are a form of loan that does not depend on a business’s credit rating. Rather, credit is extended based on the value of collateral used to secure the loan. As such, loan values are usually capped well below the collateral value. However, it can be a way for businesses to secure funding even with bad credit.

Bankruptcy, particularly a reorganization, can help a business through temporary troubles. However, it must be approached carefully and seriously to avoid losing assets or retaining debts that could continue to endanger the business.