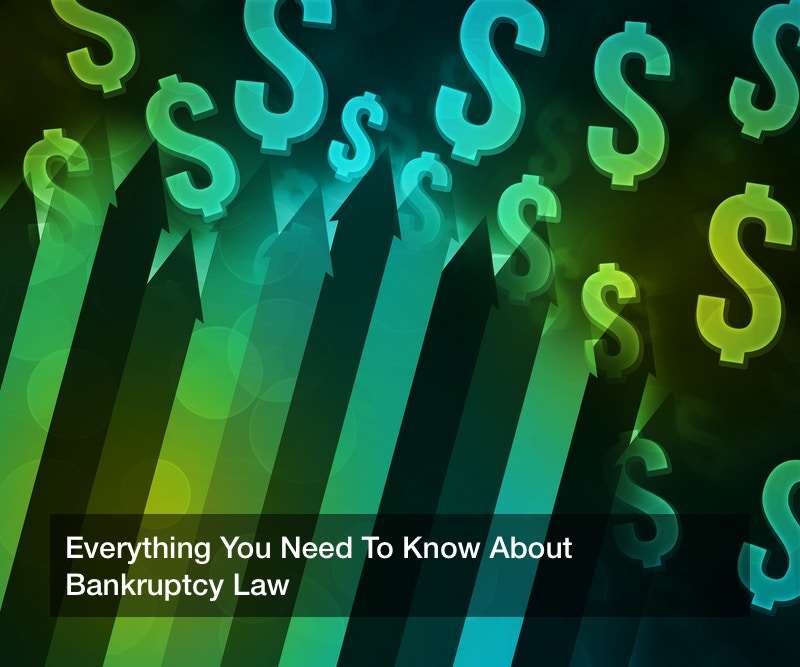 Declaring bankruptcy comes with serious lasting consequences that are important to consider beforehand. Just to name a few, it can remain on your credit report for at least seven and up to ten years, depending on the type of bankruptcy filed. This may make it much harder to eventually get a mortgage, credit card, or a car loan. A bad credit score could also spell increased personal insurance rates or business insurance rates, and even hinder your ability to get a job or rent an apartment in the future. This is not to mention the serious emotional toll declaring bankruptcy can have on a person.

Because of the damage filing for bankruptcy can have on your credit score, it should be viewed as an option of last resort only. Once you understand the risks of declaring bankruptcy you can begin to consider some alternatives, which include debt negotiation with your creditors. This process involves working out and agreeing on a payment plan or other arrangement. Most loan services offer forbearance, which is the postponement of payments or loan modification. The Internal Revenue Service is even often willing to negotiate. They offer a program known as an offer in compromise, which allows taxpayers to pay off their taxes owed for less than the full amount.

Before making a decision, there are a few things about bankruptcy you will want to know:

Bankruptcy Will Affect Your Credit For Years

On average, it will take two years for your credit score to recover from a typical chapter 7 bankruptcy case. Some creditors will deny you while others will be eager to loan money at the prospect of charging a high premium for the extension of credit. You can also increase your credit score slowly by taking on small sums of credit and paying them back one by one as you are able. Accumulating more debt is the last thing you want to do after filing for bankruptcy.

A Bankruptcy Discharge Only Protects You

The end goal of filing for bankruptcy is a bankruptcy discharge, which says that you are no longer responsible for any existing debt and creditors are prevented from attempting to collect a debt from you. This discharge of debt however, only protects the one who filed for bankruptcy. This means that any debts you share are not automatically eliminated, just your responsibility for them. For instance, if a co-signer of a home loan declares bankruptcy, the entire debt is not eliminated. The lender will likely try to collect the debt from the other co-signer on the home loan. This is important to consider since in most cases, this is a close family member or friend who will have to bear the heavy burden of debt.

It is also important to note that there are some debts bankruptcy does not clear, including:

Filing for Bankruptcy is an Expensive Process

Despite the fact that you are already struggling financially, the process of filing for bankruptcy is an expense that will cost you even more money. The total cost will largely be determined by whether or not you hire a lawyer and whether or not their fees are waived. A bankruptcy lawyer can cost as little as a few hundred dollars to as many as several thousand. This can be difficult for many since almost 70 percent of people living in the United States have less than a thousand dollars in total savings.

Bankruptcy is Not a Quick Process

If you do not have experience with bankruptcy courts, your idea of them may be similar to a small claims court, which lasts a single day. The process of filing for Chapter 7 bankruptcy, which is the most common chapter for individual people, will take anywhere from four to six months in court. The process for the other most frequently filed chapters, such as 11 and 13, can take much longer. For instance, a chapter 11 bankruptcy may last two years or more, while a chapter 13 bankruptcy will take anywhere between three to five years. In short, be prepared to endure a long legal battle in court if you file for any chapter of bankruptcy.

For a quick summary about bankruptcy law, here are the two main types of personal bankruptcy, chapter 7 and chapter 13:

This chapter of bankruptcy gives the court the power to sell all your assets, with a few exceptions, and then put the money towards paying down your existing debt. Any remaining debt is then erased. This option is only available to those whose income is too low to pay back their existing debt, which is determined by the court. Depending on the path the court takes, you can lose your car and your home along with any equity you have put into them if you decide to go this route. A chapter 7 bankruptcy will remain on your credit report for ten years.

This type of bankruptcy involves the court approving a plan for you to repay a portion or all of your debts, generally over a period of three to five years. You are allowed to keep your assets and given an opportunity to catch up on your mortgage. You must agree to a monthly payment plan for paying back your debt and adhere to a strict budget determined and monitored by a court of law. A chapter 13 bankruptcy will remain on your credit report for seven years.

Another type of personal bankruptcy is chapter 12, which is for fishermen and farmers. Chapter 11 is another common type generally reserved for businesses instead of individuals.

Bankruptcy Forms and Schedules are Complex

Most people think about bankruptcy as an easy and straight forward way to relieve debt, since the process is mostly based on filling out a few forms. In reality, bankruptcy forms are closer to filling out tax return forms for a tax service or accounting firm rather than simple forms in which you simply check numerous boxes. Forms for filing bankruptcy ask complicated and comprehensive questions regarding your financial affairs.

If you file for bankruptcy, all your financial information will be exposed to the public, and thus open to the scrutiny of the public. If you are someone who is not comfortable talking about your salary with family or friends, filing for bankruptcy forces you to go much further. You will have to file bankruptcy schedules, which are a comprehensive set of forms that list your income, debt, assets, expenses, and financial transactions in complete detail.

You will also have to attend a meeting of creditors. Rather than a courtroom, this is held in a meeting room, which is essentially an office space but is still considered a public proceeding. Here, the bankruptcy trustee will ask you probing questions to investigate any potential fraud, and evaluate if your income meets the specifications of a chapter 7 or if it needs to be converted to a chapter 13 case. This information being aired out in a public setting can be very uncomfortable or distressing for some people.

Complete Honesty and Disclosure Is Required

Throughout the process of filing for bankruptcy, especially filling out bankruptcy forms, complete and total honesty and disclosure is crucial. For many bankruptcy courts, honesty is the first requirement before even being considered for a discharge of debt. Therefore, it is important to honestly list all assets, debts, and creditors on your bankruptcy forms and schedules. If you are caught trying to be deceitful or dishonest, your bankruptcy case will be dropped and the FBI may begin an investigation into bankruptcy fraud, which is a serious federal crime that carries a maximum prison sentence of five years.

How To Declare Bankruptcy

If you are serious about bankruptcy and have decided to go through with filing, the first course of action is generally to consult a lawyer. You can file for bankruptcy without one, but anyone will strongly recommend you seek the advice of a lawyer since declaring bankruptcy comes with long term financial and legal ramifications.

Before you can file, you will have to attend a counseling session with an accredited counseling organization or bankruptcy agency that has been approved by the United States Trustee Program, a wing of the United States Department of Justice. Throughout the counseling session, they will provide alternatives to bankruptcy and help plan your budget. This service costs about 50 dollars or is free of charge if you cannot afford it.

One of the most important parts of the process is providing the court with a complete list of your debts, including secured and unsecured. Secured debts refer to loans in which the creditor has a security interest in the property and collateral is involved. The most common types of secured debts include car loans and mortgages. Unsecured debt refers to debt not secured by property or some type of collateral. The most common types of unsecured debt include medical bills, credit card debt, and personal loans.

Once this information has been hashed out with the court, a trustee is appointed. Their job is to ensure that secured debt is repaid over an amount of time that is agreed upon. Then, the court declares an automatic stay, which prohibits creditors and lenders from taking back assets through foreclosures and confiscations. Once the court declares a discharge, you will be absolved of your liability to pay down the listed debts.

Filing for bankruptcy is an important and effective option for those who are unable to pay back debt, but also truly want to recover and move on responsibly. However, due to a few serious consequences, it is an option that should only be considered as a last resort. With this information about bankruptcy law, a commitment to full disclosure and complete honesty, extensive education and planning, and reasonable expectations, you will be primed for a successful bankruptcy case.